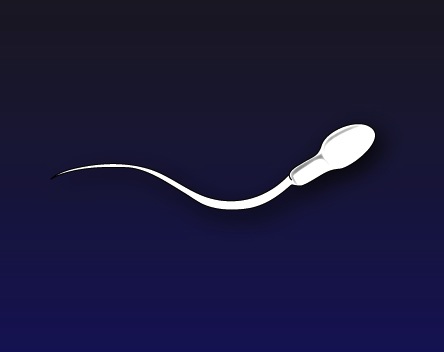 Defects in sperm within semen may be linked to a variety of health problems, including high blood pressure, heart disease, and skin and glandular disorders, a new study suggests.


“It may be that infertility is a marker for sickness overall,” said lead researcher Dr. Michael Eisenberg, an assistant professor of urology and director of male reproductive medicine and surgery at the Stanford School of Medicine in Palo Alto, California.

Semen is the fluid that’s released when a man ejaculates. Within that fluid are sperm. Sperm defects can affect the quality of semen. Sperm defects include too few sperm, sperm that don’t move well (motility) or low-quality sperm, according to the American Society for Reproductive Medicine (ASRM).

“There are a lot of factors that involve a man’s overall health that turn out to impair sperm production,” Eisenberg said.

Treating conditions such as high blood pressure might improve sperm quality, he noted. However, Eisenberg said he isn’t sure whether the condition itself is linked to sperm defects or if drugs used to treat health problems are to blame.

“Many things we didn’t know about or think about may impact a man’s fertility,” he said. “It might be treatment for high blood pressure that is causing sperm problems.”

Genetics may also play a part, Eisenberg suggested. “About 10% of the genes in a man’s body are involved in sperm production, so it is possible that some of these genes may have overlapping effects on other functions,” he said.
In the study published December 10th in the journal Fertility and Sterility, Eisenberg’s group compared the health of men who had semen defects with men who didn’t.

The researchers found that 44% of men with semen defects also had other health problems. These included high blood pressure, and heart and blood vessel disease.

In addition, as the number of other health conditions – such as skin disease or glandular problems – increased, so too did the likelihood of semen issues, according to the study.

For the study, the researchers analyzed medical records of more than 9.000 men who were seen between 1994 and 2011 for infertility, according to the report. The men were mostly between 30 and 50 years old.

Sperm health is an excellent measure of general male health and ours is declining rapidly. Estrogen disruptors in our food and water are probably the most obvious factor in the decline of sperm quality. However, high stress levels lower our general resistance and make us more vulnerable to DNA damage.

The adrenal adaptogens all reverse DNA fragmentation. That is one criterion that qualifies an herb as an adrenal adaptogen. I have written about them frequently but as a reminder they are: Ashwaganda, Korean Ginseng, Rehmannia, Tribulus, and maybe Maca.

THE BOTTOM LINE:
For men, sperm health is general health. If you have low sperm count, quality, or motility please see a qualified nutritionist. Treating this condition will dramatically improve your general health.