Nearly 3 in 10 Americans with Diabetes Don’t Know It 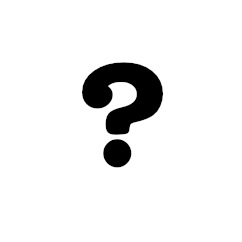 Almost 8 million Americans have diabetes but don’t know it, a new study shows.

That’s despite the fact that about two-thirds of those with undiagnosed diabetes have seen a doctor two or more times in the past year, according to the researchers.

The study also found that among those who were diagnosed with diabetes, only about one –quarter met three important goals for people with diabetes: managing blood sugar, blood pressure and cholesterol levels.


“Out of 28.4 million people with diabetes, more than a quarter don’t know [it],” said study author Dr. Mohammed Ali, an assistant professor of public health at Emory University School of Medicine in Atlanta.

“About 80% of those people are linked to a health care provider, and two-thirds are seeing them twice a year or more. So, through whatever means, they aren’t being identified with diabetes,” Ali explained.

Symptoms of type 2 diabetes, which may be subtle and come on slowly, include fatigue, blurred vision, slow-healing cuts and scrapes, and the need to urinate more often, according to Dr. Robert Ratner, chief scientific and medical officer for the ADA.

Despite greater awareness in recent years, diabetes remains a major cause of death and disability in the United States. It’s a leading cause of adult-onset blindness, kidney failure and limb amputations, according to the researchers.

MY TAKE:
This is a prime example of a failing heath care system – over 5 million undiagnosed diabetics are seen by a physician a least twice a year, but not properly diagnosed.

As a clinician, you are responsible for the total health of your patient, regardless of their chief complaint on entry. If a patient seeks my help for acute low back pain and they also happen to be an undiagnosed diabetic, I am responsible to diagnose, properly treat, and/or refer that patient for their diabetes.

Diabetes is an easy diagnosis. Occult cancers like breast, lung, and prostate are much more challenging. This is why a good history is so important. I recently had a new patient who was being treated for anemia with iron supplementation by her MD. She had a microcytic anemia, so iron probably would be effective. However, her history included breast cancer. As a clinician, you must assume this patient has metastatic carcinoma until you prove otherwise. You can not just treat the anemia and ignore the potentially fatal diagnosis. My new patient was referred to her oncologist for further evaluation and treatment.

Every patient in my office is evaluated for signs of metabolic syndrome, the precursor to diabetes and heart disease. The signs are central obesity (weight gain around the belly), high blood pressure, high serum lipids, low thyroid function, and insulin resistance. I see these signs all day long. Look around you or maybe look at yourself and you will see them too.

I recommend all my patients have laboratory testing each year as a preventative tool. Included in that panel of tests is a glycohemoglobin A1c. This test measures the percent of RBCs (red blood cells) that are saturated with glucose. That number should be below 5.7%. Please ask your physician to run an A1c. Don’t wait for your MD to diagnose you as a diabetic.