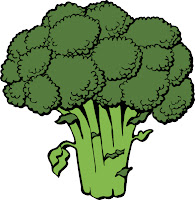 A review of five studies found that a ketogenic, or modified Atkins, diet, that focuses on foods like bacon, eggs, heavy cream, butter, fish and green vegetables, could help reduce seizures in adults whose condition doesn’t improve with medication.

“We need new treatments for the 35% of people with epilepsy whose seizures are not stopped by medications,” study co-author Dr. Pavel Klein explained in an American Academy of Neurology news release. “The ketogenic diet is often used in children, but little research has been done on how effective it is in adults.”

The researchers found that 32% of the patients on the ketogenic diet and 29% of those following the modified Atkins diet had reduction in their seizures of 50% or more. Meanwhile, 9% of those in the ketogenic diet group and 5% of the modified Atkins group had drops in their seizures by 90% or more, according to the study published October 29 in Neurology.

However, of those on the ketogenic diet, 51% stopped before the study ended and 42% on the modified Atkins diet also stopped early.

“Unfortunately, long-term use of these diets is low because they are so limited and complicated” said Klein, from the Mid-Atlantic Epilepsy and Sleep Center in Bethesda, Md. “Most people eventually stop the diet because of the culinary and social restrictions. However, these studies show the diets are moderately to very effective as another option for people with epilepsy.”

MY TAKE:
This is the mind set of America. Why should I follow a diet that controls or eliminates my epileptic seizures, when I can just take barbiturates? I prefer addictive drugs over dietary change. Even when the MEDS don’t work, I’d rather suffer the seizures than improve my diet.

Ketogenic diets have successfully resolved epilepsy in children for 80 years now and is the standard of care at Johns Hopkins Hospital. This is not a new therapy, but one proven to work over three generations of young patients. Some children can return to a more standard diet after a few months without recurrent seizures. Apparently, a lifetime of poor eating habits disallows the same result in adults.

The current generation of adults in this country have been brainwashed into believing that fat is bad. The food industry has convinced us that everything must be “low fat”. In fact, low fat often means trans-fats which are bad for the body. Fat is the basis of all the sex hormones, vitamins A, D, E, and K, cell membranes, and anti-inflammatory prostaglandins.

THE BOTTOM LINE:
Healthy fats are essential to a balanced diet and can be an effective treatment protocol for epilepsy and many other ailments. If you know someone who suffers from epilepsy, please pass this information to them.