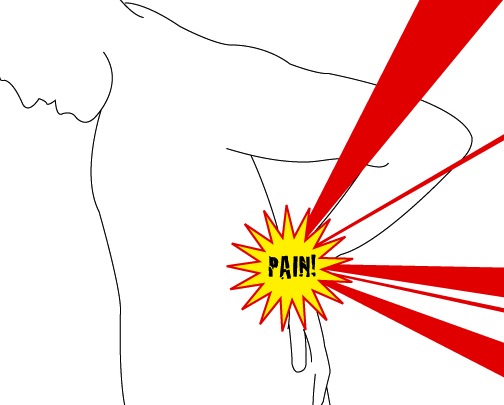 The poll of roughly 35,000 American households reveals almost one-fifth of Americans experience daily crippling, chronic pain according to a new report published in the October issue of the Journal of Pain.

“I wasn’t particularly surprised by our findings,” said study author Jae Kennedy, a professor of health policy and administration at Washington State University in Spokane. “But I found it sobering that so many American adults are grappling with persistent pain.”

That grouping did not, for the most part, include adults who said they struggled with arthritis or back and joint pain, as those people tended to say their pain was not constant and persistent, the study authors noted.

The chronic pain figure exceeded 18% among specific groups of respondents, including those between the ages of 60 and 60, women, those who said their health was fair or poor, those who were obese or overweight, and those who had been hospitalized in the prior year.

Kennedy suggested that for those experiencing chronic, crippling pain there are a variety of potential interventions including physical and occupational therapy, exercise, dietary changes, weight loss, massage and psychotherapy, alongside alternative interventions such as acupuncture, yoga and chiropractic services.
Medicines, including narcotic painkillers like hydrocodone, oxycodone and morphine, can also be helpful, but only if long-term use is avoided, Kennedy said.

“We are clearly overusing opioids [narcotics],” he noted. “The US consumes about 60% of the world’s opioid supply, and 99% of the hydrocodone supply. These medications are effective in the short term for managing postoperative pain, but long-term use often leads to dependency or addiction.”

Bob Twillman, director of policy and advocacy for the American Academy of Pain Management, agreed, noting that the kind of crippling pain that can make it impossible for people to work tends to have many different sources, not all of which are best addressed with narcotic painkillers.

MY TAKE:
It is refreshing to see alternative health care included as a part of the solution to chronic pain. I was surprised that most chronic arthritic cases, especially low back pain did not qualify for this study.
Five years ago, I had a kidney stone that had to be removed surgically. The pain was horrific and hydrocodone did give me some measure of relief. As noted, it did not remove all the pain, but made the pain manageable. However, I did not like the drug and was able to stop the medication a couple of days after the surgery. My wife had a similar experience with hydrocodone after ankle surgery.

THE BOTTOM LINE:
If you suffer from chronic pain, seek alternative care and get some help to get off the medication.