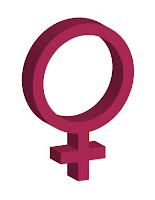 Menopause, and the insomnia that often goes along with it, can speed aging in women, two new studies suggest.

“For decades, scientists have disagreed over whether menopause causes aging or aging causes menopause,” said Steve Horvath, senior author of both papers. “It’s like the chicken or the egg: which came first? Our study is the first to demonstrate that menopause makes you age faster,” said Horvath, a professor of human genetics and biostatistics at the David Geffen School of Medicine at the University of California, Los Angeles.

He and his colleagues said they found that menopause boosts cellular aging by an average of 6%. “that doesn’t sound like much, but it adds up over a woman’s life span,” Horvath added in a UCLA news release.

Insomnia, which often accompanies menopause, can also lead to faster biological aging, according to the second study. “Not getting restorative sleep may do more than just affect our functioning the next day; it might also influence the rate at which our biological clock ticks,” said Judith Carroll. She is an assistant professor of psychiatry at UCLA’s Semel Institute for Neuroscience and Human Behavior, and first author of the sleep study.

“In the women we studied, those reporting symptoms such as restless sleep, waking repeatedly at night, having difficulty falling asleep and waking too early in the morning tended to be older biologically than women of similar chronological age who reported no symptoms,” she said.

The studies included more than 5,000 women and were published July 25 in the journals Proceedings of the National Academy of Sciences and Biological Psychiatry.

My Take:
Studies on menopause and aging date back to the 1920s. However, it wasn’t until the 1970s that the term “Syndrome X” was used to identify a cluster of symptoms associated with an increased rate of heart disease associated with insulin resistance. Later, the name was changed to “Metabolic syndrome” when the additional factors of hypothyroidism, high blood pressure, central obesity, and high serum lipids were added.

Retrospective studies of women suffering heart attacks soon identified all the elements of metabolic syndrome as elevated risk factors as early as 30 years prior to menopause.

For example, the medical norm for TSH (thyroid stimulating hormone) is 0.4-4.5 mU/L. However, women who’s TSH ran above 2.0 years prior to menopause had a dramatic increase in the risk of heart attack once reaching menopause.

The Bottom Line:
Although menopause appears to age women more quickly, the factors associated with that aging can be moderated through lifestyle improvements both before and after menopause. Menopausal symptoms and the quality of sleep are important markers of general health and should not be ignored.