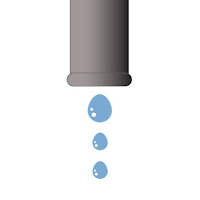 Millions of Americans are exposed to unsafe levels of dangerous chemicals in their drinking water that may trigger a host of health problems, researchers report.

Those health problems can range from cancer to higher cholesterol levels to compromised immune systems and hormonal disruptions, the scientists said.

The levels of these chemicals, known as polyfluoroalkyl and perflouroalkyl substances (PFASs), exceed government-recommended safety levels for at least 6 million people in the United States, the study found.

“These chemicals may have complicated names, but people are exposed to them in nonstick cookware and packaging – things we use in our lives,” said lead researcher Cindy Hu, from Harvard T.H. Chan School of Public Health’s department of environmental health.

Although some of these chemical were phased out a decade ago, they linger in the environment, Hu explained, and other types of these chemicals are still used in manufacturing and in foam used to fighting fires.

Hu added that exposure to PFASs is probably even greater than reported in this study. For example, drinking water that serves nearly 100 million Americans isn’t even tested for PFASs, she noted.

Unless people have their water tested, they have no idea whether they are being exposed to high levels of PFASs, Hu said. In addition, the health effects of these chemicals can build up over time, as they tend to remain in the body.

Regular treatment methods used at water plants do not remove these chemicals from the water, Hu added. She doesn’t think drinking bottled water is a good alternative either, because it has its own problems, such as chemicals from the plastic bottles leaching into the water.

The report was published Aug. 9 in the journal Environmental Science & Technology Letters.

My Take:
PFASs are just one group of the many chemical contaminants in your drinking water that may not be measured. There are over 800 biphenyls (BPs) that are known estrogen disruptors that commonly are found in drinking water. They are also one of the contaminants that leach from plastic water bottles as noted by Cindy Hu.

My standard advise – distill your own water. You can buy a small distiller for just over a $100 on Amazon.com. It will make a gallon in just 3 hours. I make an average of two gallons per day for a family of four.

You can also contact your local water provider and ask for a copy of their latest water quality report. You will be amazed by the things they don’t test – BP, PFASs, hormones, antibiotics, and thousands of other man-made toxic chemicals that have leached into the water supply.

The Bottom Line:
Stop drinking tap water, your health depends on it.