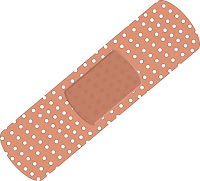 People who suffer severe burns may experience potentially dangerous changes in the 100 trillion bacteria inside their gastrointestinal (GI) tract, a small study suggests.

At issue is the breakdown of good and bad bacteria typically found inside a healthy person’s GI tract.

Researchers from the health sciences division of Loyola University Chicago observed that after a severe burn, four patients experienced a big increase in the number of potentially harmful bacteria and a corresponding drop in relatively beneficial bacteria.

The potentially harmful bacteria are part of a family that includes E. coli and salmonella.

Such an imbalance, known as “dysbiosis” has been linked to many conditions, including inflammatory bowel disease, obesity, rheumatoid arthritis and diabetes, study lead author Dr. Mashkoor Choudhry, a professor of surgical research, microbiology and immunology, said in a Loyola news release. He added that the imbalances might lead to complications responsible for most deaths in severe burn patients.

The findings, published in the July 8 issue of PLOS ONE, suggest that treating patients with live beneficial bacteria known as probiotics may help restore their microbiotic health. The findings might also apply to other trauma patients, including those with traumatic brain injuries, Choudhry said.

The risk for dysbiosis was discovered after Choudhry’s team analyzed fecal samples from the four patients with severe burns. The samples, taken 5-17 days after the patients were injured, were compared with samples from 8 patients recovering from relatively minor burns.

The result: Bad bacteria made up an average of nearly 32% of the bacteria in the gut of the severely burned patients, compared to 0.5% among the patients with lesser burns.

My Take:
Severe burn patients face a very real risk of dying from infection. The risk peaks several days after the injuries. As the body rushes to begin forming new skin in the burn sites, it uses tremendous amounts of folic acid. This creates a relative folic acid deficiency in the rest of the body.

The lining of the digestive tract is made up of epithelial cells, just like the skin. However, healthy skin is 5 cells deep while the GI tract is a single cell layer. The entire lining of the digestive tract is replaced every 24 to 36 hours. Without adequate folic acid, cell replacement lags and the GI tract develops “leaks” that allow the bacteria from the gut to enter the blood stream, travel to distal locations, and create life threatening infection.

I suspect that the shift in gut germs noted in this small study is also related to folic acid deficiency. While probiotics may be helpful in treating burn victims, I prefer a prebiotic until we can absolutely identify what bacteria are the correct friendly bacteria for that particular patient. It’s better to feed the existing friendly bacteria than risk introducing a new bacteria to the mix that potentially is harmful.

The Bottom Line:
Dysbiosis is an important factor in many diseases, especially autoimmune disease. Clinically, 75% of my patient population has dysbiosis as the root of their chronic illness. The severe burn victim is an exaggerated example of what most of us face in trying to maintain the microbiome.