Are Too Many Young Americans Getting Antipsychotics for ADHD? 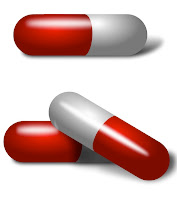 A growing number of teens and young adults are being prescribed powerful antipsychotics, even though the medications aren’t approved to treat two disorders – ADHD and depression – they are commonly used for, a new study shows.

Of concern to some experts are the conditions for which many of these antipsychotic prescriptions are being written, namely attention-deficit hyperactivity disorder (ADHD) and depression. Currently, the U.S. Food and Drug Administration approves this class of drugs for psychiatric conditions such as psychosis, bipolar disorder, schizophrenia or impulsive aggression tied to autism.

“ADHD is the main diagnosis being targeted by antipsychotic treatment in children and adolescents – this is not an adequate diagnostic indication,” said Dr. Vilma Gabbay, chief of the Pediatric Mood and Anxiety Disorders Program at the Icahn School of Medicine at Mount Sinai in New York City.

The study was funded by the U.S. National Institute of Mental Health (NIMH) and led by Dr. Mark Olfson, from the department of psychiatry at Columbia University in New York City.

In their study, Olfson’s team tracked data on antipsychotic prescriptions from a database that includes roughly 60% of all retain pharmacies in the United States. The database includes prescription information on approximately 1.3 million children, teens, and young adults, the researchers said.

“Antipsychotics should be prescribed with care,” noted co-author Michael Schoenbaum, a senior advisor for mental health services, epidemiology and economics at the NIMH. “They can adversely affect both physical and neurological function, and some of their adverse effects can persist even after the medication is stopped.”

The fact that many of those prescribing these drugs were not child psychiatrists was telling, Gabbay said. “Only a minority of child and adolescent psychiatrists were involved in treatment,” he noted.

The study was published online July 1 in the journal JAMA Psychiatry.

My Take:
Physicians can use prescription drugs “off label” if, in their clinical experience, the drug has been found to be effective for treating conditions other than those for which the drug was approved. However, treating ADHD and depression in children with antipsychotics is, in my opinion, criminal.

If the child psychiatrists are not writing these prescriptions, it must be the pediatricians. So in essence, you have a general practitioner dispensing these powerful, dangerous drugs to the youth of our nation. And I thought their overuse of antibiotics was shameful.

The Bottom Line:
As a parent, you must question any treatment recommended for your child. ADHD and depression respond well to lifestyle changes – regular exercise, physical activities that are engaging - counseling, diet and nutrition. Drugs, especially antipsychotics, are not the answer.

Email ThisBlogThis!Share to TwitterShare to FacebookShare to Pinterest
Labels: ADHD, antipsychotics, depression, Dr. Bill Longstreth, off label use of drugs