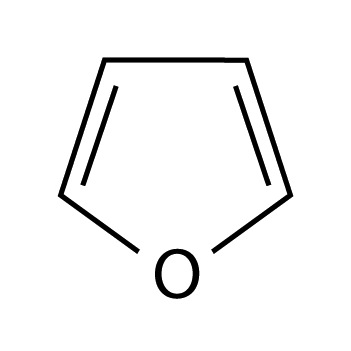 Extensive exposure to common chemicals appears to be linked to an earlier start of menopause, a new study suggests.

Researchers found that menopause typically begins 2-4 years earlier in women whose bodies have high levels of certain chemicals found in household items, personal care products, plastics and the environment compared to women with lower levels of the chemicals.

The investigators identified 15 chemicals – 9 (now banned) PCBs, 3 pesticides, 2 forms of plastics called phthalates, and the toxin furan – that were significantly associated with an earlier start of menopause and that may have harmful effects of ovarian function.

“Early menopause can alter the quality of a woman’s life and has profound implications for fertility, health and our society,” senior study author Dr. Amber Cooper, an assistant professor of obstetrics and gynecology at Washington University School of Medicine in St. Louis, said in a university news release.

“Understanding how the environment affects health is complex,” she added. “This study doesn’t prove causation, but the associations raise a red flag and support the need for future research.”

In the study, published January 28 in the journal PLoS One, Cooper’s team analyzed blood and urine samples from more than 1,400 menopausal women, averaging 61 years of age, to determine their exposure to 111 mostly man-made chemicals.

According to the U.S. Environmental Protection Agency, PCBs (polychlorinated biphenyls) have been banned in the United States since 1979, but can be found in items made before that time. Furans are by-products of industrial combustion, and phthalates are found in plastics, many household items, drugs and personal care products such as lotions, perfumes, makeup, nail polish, liquid soap and hair spray.

Along with reducing fertility, a decline in ovarian function can lead to earlier development of heart disease, osteoporosis and other health problems, the researchers said. Prior research has also linked the chemicals with some cancers, early puberty and metabolic syndrome. Metabolic syndrome refers to a group of health conditions occurring together that increase the risk of heart disease, stroke and diabetes.

“Many of these chemical exposures are beyond our control because they are in the soil, water and air,” Cooper said. “But we can educate ourselves about our day-to-day chemical exposures and become more aware of the plastics and other household products we use.”

My Take:
Really think about this one – chemicals banned since 1979, thirty-six years ago, are found in abundance in our bodies. They may have banned PCBs, but they are still here and probably will be here forever – they don’t breakdown over time. In addition, there are over 800 BPs (biphenyls), still being used today that are known estrogen disruptors. Please review my blog “BPA Can and Bottle Lining Could Increase Blood Pressure” posted on December 19, 2014.

I disagree that these chemical exposures are beyond our control. Drinking distilled water and eating organic food eliminates the water and soil exposure. Air quality is harder. However, I chose to live in South Florida which has much better air quality than most of the country. You are not a slave to these exposures, you can be proactive.

We also need to be proactive in voicing our concerns to the government. EPA restrictions need to extend to all these chemicals and many more. The survival of our species and maybe the planet is really what is at stake. Local water districts need to measure and publish their findings on all these contaminants. You would not drink tap water, or filtered water if you knew what was in it.

The increased risks for metabolic syndrome, diabetes, heart disease and death are real. Women are almost immune to heart attack prior to menopause. However, within 5 years of menopause, the rate of heart attack in women exceeds that of men.

The Bottom Line:
The threat of all these man-made chemicals may be invisible but much like radiation, it is real. Please take precautions.