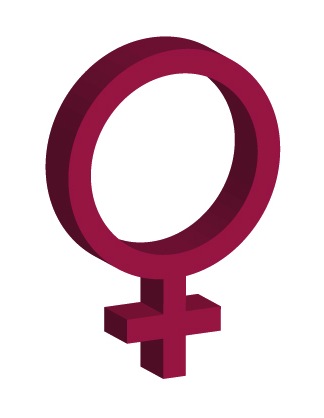 Menopause-related hot flashes and night sweats aren’t a short-term problem. More than half of women experience these unpleasant change-of-life symptoms for seven years or more, a new study finds.

“Women should not be surprised if their hot flashes last a number of years,” said lead researcher Nancy Avis, a professor of social sciences and health policy at Wake Forest School of Medicine in Winston-Salem, N.C.

Four out of five women experience hot flashes and night sweats in the years before their periods cease, leaving some with almost 12 years of unpleasant symptoms, the study found. And women who could pinpoint their final period reported symptoms persisted for an average 4.5 years afterward.

The findings, published February 16 in JAMA Internal Medicine, suggest a need for “more research on safe and effective ways to relieve these symptoms,” Avis said. Menopausal symptoms affect quality of live, disrupt sleep and result in worse physical health, she and her colleagues noted.

Menopause – which is confirmed when a women’s periods have ceased for 12 consecutive months – occurs most often between ages 45 and 55, according to the North American Menopause Society. The symptoms women experience are related to lower levels of estrogen and other hormone. Common among these symptoms are hot flashes.

Last week, researchers reported in The Lancet that taking hormone replacement therapy for even less than five years after menopause increased a women’s risk of ovarian cancer by about 40%.

“Low doses of oral contraceptives can relieve hot flashes and night sweats for women whose symptoms start before they go through menopause,” said Dr. JoAnn Manson, chief of the division of preventive medicine at Brigham and Women’s Hospital in Boston and co-author of an accompanying journal editorial.

Once they go through menopause, if they want to avoid hormone replacement therapy for an extended period, they “may then want to switch to a non-hormonal treatment,” Manson said.

Avis offered several suggestions. “As a first step, some simple thing might help. These include dressing in layers; avoiding caffeine, alcohol, smoking and spicy foods, drinking cold water, and keeping one’s room cool,” she said.
In addition, low doses of antidepressants such as Effexor or Paxil can relieve hot flashes, Avis said.

“Women who do not want to take pharmaceuticals – they invariably have side effects – have tried alternatives such as acupuncture; yoga, slow, deep breathing; and meditation,” she said.

My Take:
Really? Avoid taking the hormones but take antidepressants instead? There is a lot of good evidence that herbal remedies work. Granted, most of the studies were performed in Germany, England, Australia, India, and the orient – just not in the U.S.

These countries also produce herbal remedies to pharmaceutical standards, while in the U.S., 80% of our OTC herbal remedies do not contain the herbs listed in the label.

The Bottom Line:
I admire women who are not willing to take drugs to manage their menopausal symptoms. If you are one of those women, please look at herbal alternatives – black cohosh, wild yam, blue cohosh, white peony, and all the adrenal adaptogens are very effective in helping women through this transition.