The Evolution of Sleep: 700 Million Years of Melatonin 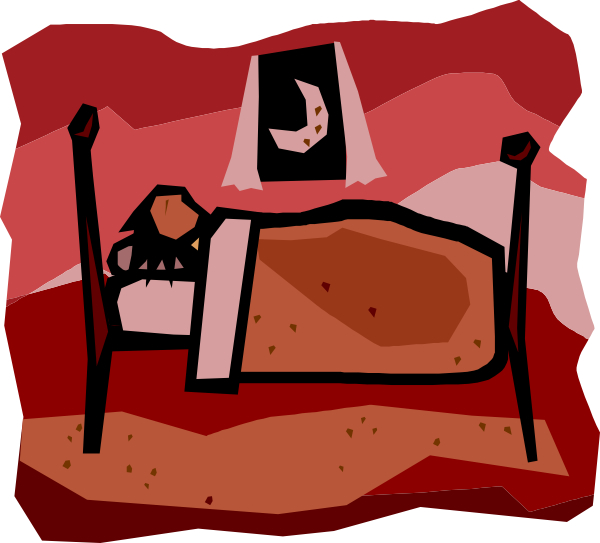 Scientists at the European Molecular Biology Laboratory in Germany study the activity of genes involved in making melatonin and other sleep-related molecules.

They have compared the activity of these genes in vertebrates like us with their activity in a distantly related invertebrate – a marine worm called Platynereis dumerilii.

As 2-day old larvae, these worms float near the ocean surface at night, feeding on algae and other bits of food. Then they spend the day at lower depths, where they can hide from predators and the sun’s ultraviolet rays.

Scientists discovered that cells on the top of the larvae make light catching protein – the same ones we make in our eyes to switch melatonin production on and off. These same cells also switch on genes required to produce melatonin.

They wondered if the worms were using this network of melatonin genes the way we do. To find out, Dr. Maria Antonietta Tosches and her colleagues tracked the activity of the genes over 24-hour periods.

They found that the worms didn’t produce melatonin all the time. Instead, they made it only at night, just like we do. In addition, the scientists found that this nightly surge of melatonin allowed the worms to move up and down in the ocean each day.

The worms travel by beating tiny hairs back and forth. During the day, they rise toward the surface of the ocean. By the time they get there, t he sun has gotten so faint that the worms start making melatonin.

The hormone latches onto the neurons that control the beating hairs and cause them to produce a steady rhythm of electrical bursts. The bursts override the beating, causing the hairs to freeze and the worm to sink. When dawn comes, the worms lose their melatonin and start to swim upward again.

When it comes to melatonin, humans and worms are so similar that they can both get jet lag. “If you take larvae in daytime and put them in darkness, they stay in their own daytime behavior,” Dr. Tosches said. “They have a clock that’s controlling this,” she said.

That the melatonin network works so similarly in worms and humans suggests that it was what arose in their common ancestor. “It could have been the first form of sleeping,” said Detlev Arendt, a co-author of the new study.
The new study offers an intriguing idea for how our vertebrate ancestors adapted the melatonin genes as they evolved a complex brain.

Originally, the scientists argue, the day-night cycle was run by all-purpose cells that could catch light and make melatonin. But then the work was spread among specialized cells. The eyes now took care of capturing light, for example, while the pineal gland made melatonin.

The new study may also help explain how sleep cuts us off from the world. When we’re awake, signals from our eyes and other senses pass through the thalamus, a gateway in the brain. Melatonin shuts the thalamus down by causing its neurons to produce a regular rhythm of bursts.

MY TAKE:
First, I love basic research like this. The outcome is not some new drug to alter the biology of the body; it’s just a better understanding of how this marvelous body works.

There is a bit of misinformation in this report in the New York Times. Melatonin is manufactured by the expose to sunlight but is not activated until we are enveloped in dark. If you want a good night’s sleep get some exposure to sunlight during the day and keep your bedroom very dark at night. That means no night light, lit clock, or other electronic gadgets with their led nights in your room.

As noted, melatonin is a hormone, so taking melatonin is hormone replacement therapy (HRT). The more you take, the less you make. Please review my blog “Chaste Tree” posted on August 20, 2014. Chaste tree is very effective at stimulating an increase in natural melatonin production.

Melatonin has a modulating effect on all the sex hormones in the body. It not only controls our wake and sleep cycles, it supports a healthy menstrual cycle and can guide women through menopause. It supports adrenal and thyroid function with subtle influence on general metabolism and stress management.

THE BOTTOM LINE:
Support your body’s production of melatonin with sunlight during the day and a dark, quite place to sleep at night. Lack of quality sleep is one of the most common symptoms found in any disease process.