Sense of Smell May Predict Longevity 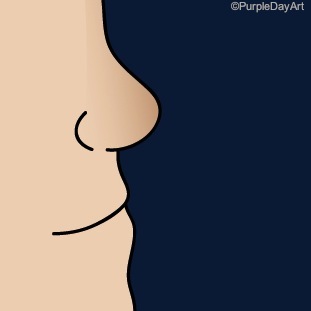 A defective sense of smell appears to be a good predictor of longevity, a new study has found.

Researchers tested a nationally representative sample of 3,005 men and women age 57 to 85 on their ability to identify five smells: rose, leather, orange, fish and peppermint. The study appears online in PLOS One.

They controlled for many factors – age, sex, socioeconomic status, smoking, alcohol intake, education, body mass index, race, hypertension, diabetes, heart attack, emphysema, stroke and diet. But still, people who could not detect the odors were more than three times as likely to die within five years as those who could. The lower their scores on the odor test, the more likely they were to die. Only severe liver damage was a better predictor of death.

The researchers believe that the decline in the ability to smell is an indicator of some other age-related degeneration, and is not itself a cause of death.

The lead author, Dr. Jayant M. Pinto, an associate professor of surgery at the University of Chicago, said that loss of smell should not be ignored. “There are treatable causes of olfactory loss,” he said, “so if people have problems, they should get evaluated. This is a gross indication of your health, so if you’re having some trouble, you should see a doctor.”


MY TAKE:
Sense of smell is one of the cranial nerves with direct input to the brain. As noted in the study, it is the only direct root of access to the body from the environment. In fact, the study also suggested that environmental factors like pollutants and toxic exposures might be key factors in the decline of our sense of smell.

I frequently find impaired sulfur amino acid pathways inhibiting phase 2 liver detoxification through testing the sense of smell. Loss of kidney function with poor elimination of toxins through the urine is also common.

Diminished sense of smell and sense of taste often go hand-in-hand. There is an old saying from medical physiology “smell is only the sense of taste at a distance”. Zinc deficiency is the most common cause of a diminished sense of smell or taste. Zinc is vital to HCl (hydrochloric acid) production in the stomach needed to kick start the digestive process. A lack of zinc will result in poor digestion and assimilation of proteins, fats, carbohydrates and micronutrients.

The Zinc Taste Test is a simple indicator of zinc status. A dilute solution of zinc is placed on the tongue and swished around the mouth for 30 seconds. If a strong metallic taste is noted, then zinc status is good. If, after swallowing the solution, allowing air to strike the taste buds, a mild metallic taste is noted, then a slight deficiency is present. However, if the patient notes no taste at all, their zinc status is quite poor.

THE BOTTOM LINE:
If you note a diminished sense of smell or taste, please have the condition evaluated by a physician. Having the desire to add table salt to food is a great indicator that your senses have diminished. These two senses are excellent indicators of general health and apparently longevity as well.