Are We Overdoing Salt Restrictions? 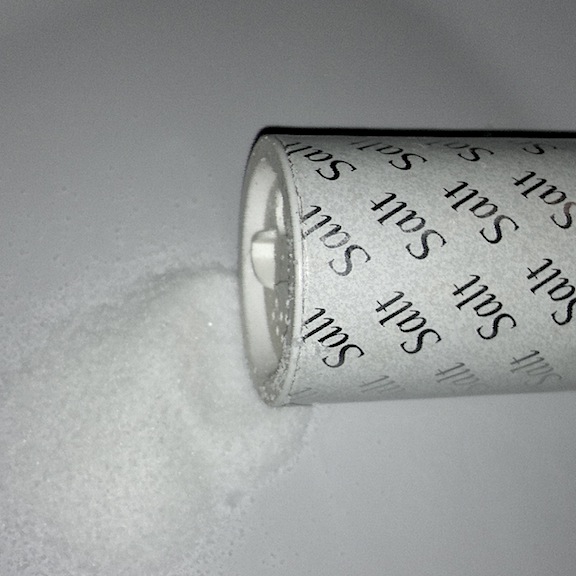 There appears to be a “sweet spot” for daily sodium intake between 3 and 6 grams – equal to 7.5 to 15 grams of salt – associated with a lower risk of death and heart disease that either more or less, researchers report.
“We found that too high levels of sodium are harmful, but also earing a low amount of sodium is harmful,” said study co-author Andrew Mente, an assistant professor of clinical epidemiology and biostatistics and McMaster University in Ontario. “Having a moderate level of intake is associated with the least amount of harm.”

The findings run counter to current guidelines of heart disease prevention, which recommend a maximum sodium intake of 1.5 to 2.4 grams per day. That’s the equivalent to a maximum of just under half a teaspoon of table salt per day.

“Only one in 20 people in the world eat currently what is recommended,” Mente said. “It indicates that we are making recommendations that most people can’t meet. It’s not a practical recommendation. This suggests that rather than focusing on sodium, we should focus on eating an overall health diet and pursuing healthy lifestyle changes.”

Limiting salt consumption is difficult given that 80% of a person’s daily salt intake comes from the foods they eat, rather that the salt shaker, he said.

The researchers’ findings are included in papers published in the August 14 issue of the New England Journal of Medicine. One examines the relationship between salt intake and blood pressure, while another looks at salt and risk of death or heart disease.

More than 100,000 people from 18 countries participated in the study. Estimates of salt intake were based on urine tests that showed how much sodium the participants excreted. The study is called the Prospective Urban Rural Epidemiology (PURE) investigation.

The American Heart Association (AHA) questions the validity of the studies. It says it will stand by its current recommendation of less than 1.5 grams per day for ideal heart health.

In looking at the link between salt and blood pressure, Mente said his PURE colleagues were surprised to find no straight-line relationship. Reducing dietary salt beyond a certain point appears to do no good for blood pressure, and may even do harm.

MY TAKE:
The basic flaw in the evaluation of sodium intake is the failure to differentiate between organic and inorganic sodium. Table salt is sodium chloride (NaCl), a simple inorganic compound. Sodium contained in food is attached to organic compounds. So artichoke, beets, and celery all contain about 100mg of organic sodium in a one cup serving. One dill pickle contains over 1500mg of sodium. Only about 2mg is native to the food, the remainder is all inorganic salt from the brine.

The restriction of “high sodium” foods like celery to control high blood pressure is ridiculous. The restricted on added salt in foods, like pickles, has merit.

THE BOTTOM LINE:
Most of us probably do not get enough organic sodium in the diet, because we don’t eat enough fruits and vegetables. However, excessive inorganic salt added to foods like potato chips is a significant health risk.