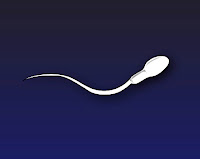 Sperm counts in Western countries have decreased by half in recent years, suggesting a continuing and significant decline in male reproductive health, a new evidence review reports.

Sperm concentration decreased an average 52% between 1973 and 2011 while total sperm count declined by 59% during that period, researchers concluded after combining data from 185 studies. The research involved nearly 43,000 men in all.

“We found that sperm counts and concentrations have declined significantly and are continuing to decline in men from Western countries,” said senior researcher Shanna Swan.

The new findings come on the 25th anniversary of the first study to observe a decline in sperm counts, Swan said. The original study, published in 1992, found that sperm counts had declined 50% over 50 years.

“The story has not changed over the past 25 years. Whatever is going on, it’s not transient and it’s not disappearing,” Swan said. “When we look at the data for the last five or 10 years, we don’t see a leveling off of this decline.”

The continued decline raises concerns about male fertility, and also male health in general, Swan said. “We are worried about these low sperm counts not only because people have trouble conceiving, but also because men with low sperm counts go on to have higher all-cause mortality,” Swan said. Studies have shown they die younger and they have more disease, particularly cardiovascular disease and cancer,” she said.

No one knows why sperm counts continue to decline, but researchers believe it’s likely due to factors associated with a modern lifestyle, Swan said. These factors include exposure to man-made chemicals, increased levels of stress, widespread obesity, poor nutrition, lack of physical exercise and smoking.

The study appears in the July 25 issue of the journal Human Reproduction Update.

My Take:
In addition to the drop in sperm count and concentration, sperm quality has also been dropping at alarming rates. Sperm quality is based on mobility (fast swimmers), morphology (shape) and most importantly, DNA fragmentation.

In 1953, when Watson and Crick first unraveled the DNA double-helix, they use human sperm in their research. They found DNA fragmentation rates of 50%.

Today, you are considered a healthy male, capable of reproduction if your DNA fragmentation rate is not greater than 96%. This “new normal” has been increasing since the 1950’s, recently being raised from 95%.

The Bottom Line:
Sperm concentration and quality is an important measure of general male health and longevity. Imagine the impact on the world as reproductive rates in the developed regions of the world continue to decline, while those in third world countries are relatively unchanged.