Healthy Amount of Vitamin C Might Keep Cataracts at Bay 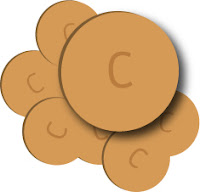 “While we can not totally avoid developing cataracts, we may be able to delay their onset and keep them from worsening significantly by eating a diet rich in vitamin C,” study lead researcher Dr. Christopher Hammond said in a news release.

The study was published online March 23 in the journal Ophthalmology.

Cataracts occur naturally with age and cause the eye’s lens to become cloudy. Cataracts can be removed but they remain the leading cause of blindness worldwide.

The new study included more than 1,000 pairs of 60-year-old British female twins. The researchers found that those who took in high amounts of vitamin C in their diet had a one-third lower risk of cataract over 10 years.

Getting vitamin C via a supplement did not appear to reduce the risk, the investigators found.

The study is the first to show that diet and lifestyle may play a more important role than genetics in cataract development and severity, according to the researchers.

Based on the findings, Hammond’s team now believes that a person’s genetics probably account for 35% of the risk of cataract progression, while diet and other environmental factors may account for the other 65%.

Vitamin C’s strength as an antioxidant may explain how it reduces the risk of cataract progression, his team explained. The fluid inside the eye is normally high in vitamin C, which helps prevent oxidation that leads to clouding of the eye lens. A vitamin C-rich diet may boost the amount of the vitamin in the eye fluid, providing extra protection against cataracts.

My Take:
Science defines vitamin C as ascorbic acid and that is what is contained in most vitamin C supplements. However, in food, vitamin C is a complex of nutrients. In 1956 Royal Lee stated “a vitamin is a working process consisting of the nutrient, enzymes, coenzymes, antioxidants, and trace mineral activators.” Ascorbic acid is only the antioxidant in the vitamin C complex.

It takes the entire complex to protect the eye against the rays of the sun. Specifically, the carotenoids are vital to this process. These are the chemicals that give fruits and vegetables the colors red, orange, and yellow. They actually absorb the blue spectrum of light, preventing damage to the eye.

The Bottom Line:
I have a Barbados cherry tree in my front yard. It produces the acerola cherry, the highest natural source of the vitamin C complex known on the planet. It bears fruit from April through October. Everyday I pick a couple off the tree and eat them. During the winter, I try to eat more fruits and vegetables that are red, yellow, or orange. As Hippocrates said, “food is your medicine.”