Prenatal Acetaminophen Use Tied to Higher Asthma Risk in Kids 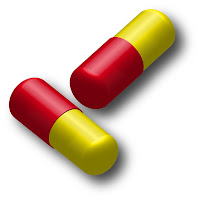 Pregnant women who take the pain killer acetaminophen – best known under the bran name Tylenol – may be more likely to have a child with asthma, new research suggests.

However, the study authors and a U.S. expert agreed that the effect seen in the study doesn’t yet warrant any change in guidelines regarding pain relief during pregnancy.

In the study, Norwegian researchers tracked data from a large database – the Norwegian Mother and Child Cohort Study.

The investigators focused on conditions during pregnancy for which some expectant mothers took acetaminophen, and compared that data against rates of asthma among 114,500 children as they reached the ages of 3 and 7.

Overall, 5.7% of the children were diagnosed with asthma by age 3, while 5.1% had developed the condition by the age of, according to the team led by Maria Magnus, of the Norwegian Institute of Public Health in Oslo.

Her group found a consistent link between asthma among the 3-year-olds and exposure to acetaminophen before they were born. This link was strongest among children whose mother used the drug for more than one health complaint, the study authors said.

The link between acetaminophen and asthma risk among children was similar whether pregnant women took the medication for pain, fever or the flu – suggesting that the drug itself, and not the underlying condition, was driving the association.

The findings were reported Feb. 9 in the International Journal of Epidemiology.

My Take:
Unfortunately, physicians are not saying that Tylenol is the “safest painkiller in pregnancy,” as Dr. Wu recommends. Pregnant women are being told that “Tylenol is safe during pregnancy.” That is a huge distinction.

Women deserve to know that there are risks associated with taking any medication during pregnancy. They must weight those risks against whatever benefit the drug may provide.

The Bottom Line:
There are alternatives to Tylenol – a woman could decide not to take anything as Tylenol provides some temporary relief at best, doing nothing to resolve or heal the body. She could also try omega 3 fatty acids (which she should be taking anyway), ginger, omega 6 fatty acids, or sesame seed oil to reduce pain and inflammation. These are the tools I use in my practice with all patients. They are effective and safe during pregnancy.