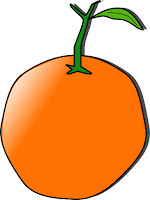 Foods rich in these flavonoids are associated with reduced risk of erectile dysfunction, researchers reported Jan. 13 in the American Journal of Clinical Nutrition.

Eating a flavonoid-rich diet may be as good for erectile function as briskly walking for two to five hours a week, researchers from Harvard University’s T.H. Chan School of Public Health and the University of East Anglia in England reported.

“Men who regularly consumed foods high in these flavonoids were 10% less likely to suffer erectile dysfunction,” lead researcher Aedin Cassidy, a professor of nutrition at the University of East Anglia, said in a university media release. “In terms of quantities, we’re talking just a few portions a week.”

Other health experts said the study findings might just be the result of men eating lots of fruits and vegetables as part of an overall healthy lifestyle.

The study involved more than 25,000 middle-aged and older men who have filled out regular health surveys since 1986.

The men were asked in 2000, 2004, and 2008 to rate their ability to have and maintain an erection sufficient for intercourse. Researchers compared their answers to the amount of flavonoid-rich foods the men reported eating in separate food questionnaires.

Flavonoids might boost a man’s ability to achieve and maintain an erection by helping preserve the health of his blood vessels, the researchers said in background notes. Prior studies have shown that flavonoids can improve blood vessel function and reduce blood pressure.

Dr. Drogo Montague, a urologist and director for the Cleveland Clinic’s Center for Genitourinary Reconstruction, said erectile dysfunction can be a harbinger of vascular disease. “If a man has ED, he may have early or advanced coronary artery disease,” he said.

My Take:
Over 50% of men over the age of 40 have sexual dysfunction issues, including ED. I am firmly convinced that it is associated with the damaging effects of metabolic syndrome.

Color in the diet not only makes food appear more appetizing, it provides a wide variety of flavonoids needed to maintain health. There are more than 660 flavonoids found in nature and more are being discovered all the time. Of these, 60 are known to be essential to human health.

The Bottom Line:
Make sure your diet contains a large variety of colorful fruits and vegetables - blue, yellow, orange, and red are all indicators of high flavonoid content. Don’t just eat a green salad, make it a rainbow salad.