Broccoli, kale, cauliflower, cabbage and arugula all belong to a group of foods known as the cruciferous vegetables.

There are several more lesser known vegetables in this group as well.  They are all high in sulfur content

The chemistry to remove the sulfur from these amino acids is well established.  In short, it involves vitamin B12, folic acid, vitamin B6, magnesium, betaine, and molybdenum as catalytic enzymes.

The free sulfur is then used to manufacture glucosamine sulfate and chondroitin sulfate used to repair connective tissue (muscle, ligament, bone, cartilage, tendon, and disc).  It also controls Candida in the bowel.  The third function of free sulfur is to facilitate phase II liver detoxification.

Phase II liver detoxification actually has ten known pathways.  Five of them are dependent on sulfur.  These pathways take spent hormones that have passed through phase I liver detoxification and make them water soluble so they can be eliminated from the body.  These pathways are vital as many hormones become carcinogenic after passing through phase I detox. 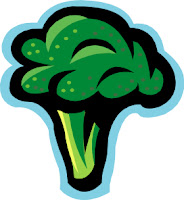 When physicians diagnose breast cancer that is estrogen dominant, they prescribe the chemotherapy Tamoxifen, or one of its second or third generation drugs.  Tamoxifen follows the estrogen pathway to the breast tumor and then tries to kill it.

Several research studies have shown that a cruciferous vegetable extract taken with Tamoxifen reduces the recurrence of breast cancer 50 fold.  Despite this research, I have yet to have a patient with breast cancer who’s oncologist has recommended a cruciferous extract to be taken along side their chemotherapy.
I3C and DIM are readily available supplements in health food stores based on this research.  However, in reviewing the published studies, I found that only the food extract has been demonstrated to be effective in reducing the recurrence of breast cancer.