Gastroesophageal Reflux Disease or GERD is a condition where food is regurgitated from the stomach into the throat. In QA evaluation, we test the GERD reflex for a variety of digestive issues. Although GERD testing follows the endocrine system in the QA format, it can be tested accurately out of sequence. I frequently with test the GERD reflex immediately after inflammation is addressed. 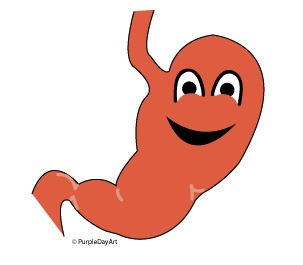 First, we look for mechanical issues in the stomach, ileo-cecal valve (ICV), and Valves of Houston. Each of these structures must function independently and together to promote healthy digestion. The symptoms of GERD can often be relieved immediately just by treating the stomach reflex. Diarrhea and constipation associated with irritable bowel syndrome (IBS) can also be relieved with treatment of the ICV and/or Valves of Houston.

After the mechanical issues are addressed, we look for chemical imbalances with the stomach, small and large intestine, liver, gallbladder, and pancreas. Often it is a communication issue between two or more of these digestive organs.

Proton-pump inhibitors (PPI) are frequently prescribed for the treatment of GERD. In fact, if you complain to your physician that you burp, Prilosec or some other PPI will often be prescribed. Although these drugs can provide short term relief, they actually inhibit digestion by preventing the production of hydrochloric acid (HCl) in the stomach. Several studies have linked the long term use of PPIs to osteoporosis, anemia, and other nutritional deficiency states.

The concept behind PPIs is to reduce the heartburn by reducing the acid in the stomach. However, as we age, most of us produce too little HCl not too much. The lack of HCl allows the formation of organic acids in the stomach that produces the heartburn associated with acid reflux.

Reduction of gut inflammation is typically the first step in resolving digestive issues. Then we must support repair of the gut lining.

The lining of the digestive tract is epithelium, just like our skin. However, the digestive lining is only one cell thick, while the skin has five layers of cells. The entire lining of the digestive tract is replaced every 24 to 48 hours. (By comparison, you replace every cell in the liver every 7 years.) If new epithelial cell production lags, then the integrity of the gut wall is lost and partially digested food, bacteria, and viral particles can “leak” into the blood stream. This creates an immune response that is the cause of most autoimmune disease.

When your immune system attacks these particles, commonly carbohydrates or proteins, it then may attack tissues in the body whose structure is similar to that of the offending particle. For example, if that protein particle has the same amino acid sequence as the myelin sheath of the nervous system, the immune system may attack that sheath causing Multiple Sclerosis. This process is call molecular mimicry.

We support the digestive tract with L-glutamine and Slippery Elm Bark to reduce inflammation. Folic acid stimulates new cell production. We may have to reduce unfriendly bowel flora with Oil of Oregano, Oil of Anise, and Andrographis or other products. Probiotics and/or prebiotics may be needed along with HCl for the stomach, beets for the gallbladder, and/or digestive enzymes for the small intestine. The process is quite involved and must be implemented in a step-wise fashion to be successful.

THE BOTTOM LINE:
Digestive issues are behind a majority of our health issues. If you have digestive complaints, do not ignore them or just treat the symptoms. Seek help from a qualified nutritionist and begin to reclaim your health.